Kennel Club of Republic Serbia  informs the public that Mr. Aleksandar Filipović , the owner of the kennel name “VOM FANINO” have been suspended.
Pedigrees cannot be issued to the mentioned kennel name until the end of the disputes it has
Namely, despite several warnings from KSS, Mr Aleksandar Filipović  didn’t  settle his obligations and resolve his relations, so he was suspended until further notice. 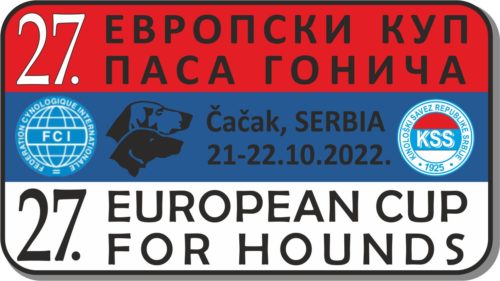 Dear exhibitors, we inform you that the exhibition -CACIB BELGRADE 13/03/2022  has been canceled

FCI decision: On the occasion of its online meeting on November 24, 2021, the FCI General Committee accepted BRFC (Bulgarian Republican Federation of Cynology)’s application (Ex.48/08.11.2021) for termination of its full membership with the FCI, from January 1, 2022. Consequently, as from January 1, 2022, registration of Bulgaria–born puppies (pedigrees and export pedigrees) in accordance […]

Due to the epidemiological situation in the country and the decision of the Government on measures against the spread of the virus infection – COVID 19, CACIB BELGRADE 21.11.2021.  was canceled

Considering the newly situation in BRFC and based on FCI decision, Serbian Kennel Club is entrusted issuing Pedigrees for Bulgarian breeders. In this way we are informing breeders from Bulgaria about the procedure of litter registration in our Kennel Club. Necessary documentation that should be submitted to office of Serbia Kennel Club: – fully filled […]

1035 dogs were registered in the catalog. The catalog was completed on Friday, 28 of April, 2020. at 15.00 PM and the catalog update will not be made. Applications sent by e-mail until Friday at 15:00 o’clock are in the catalog. Please don’t send any mail with application anymore. All exhibitors, who sent an application […]

We want to inform you hat the online applications are closed today , and the registration by our site after this deadline will no longer be possible. Receipt applications for CACIB Belgrade will be extended until 2 PM today  EXCLUSIVELY in the following ways: By mail on here Please make sure to leave your contact […]